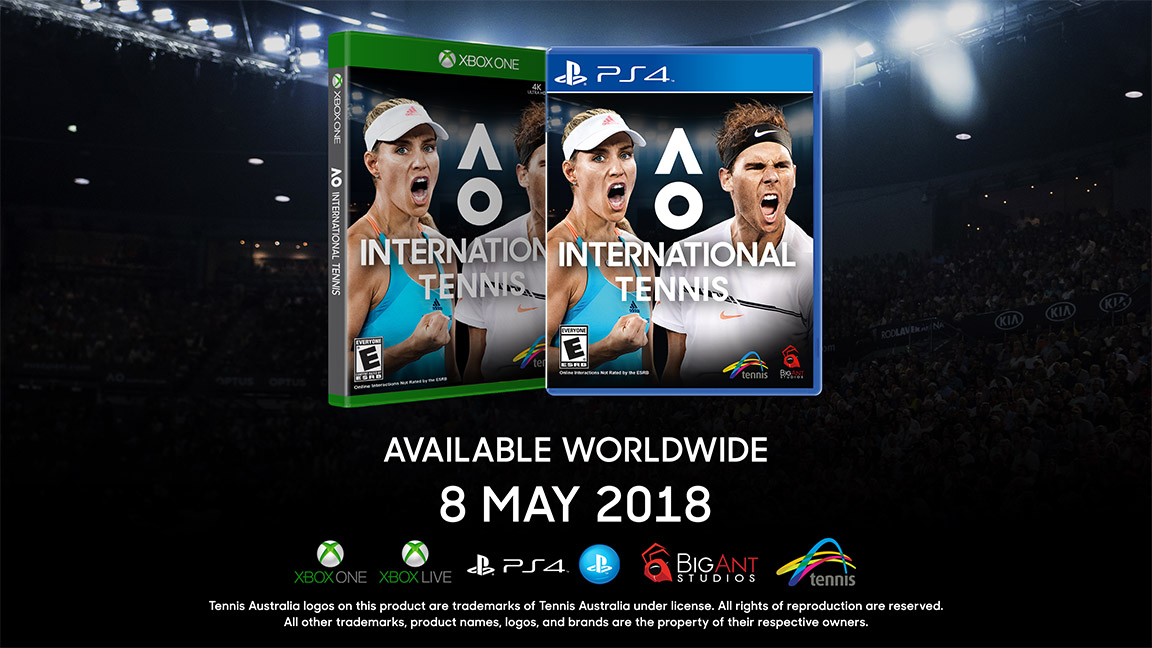 AO International Tennis is the most advanced, customisable tennis game ever produced. It combines fully licensed, photo realistic players with a decade’s worth of historical shot data that enhances their AI so that they play just like their real-life counterparts, right down to shot selection at any given point of time in a match. More than that, in a world first for tennis games, you’re able to put your real face directly in the action through Big Ant Studios’ leading photogrammetry technology

PLAYFACE™ - Take a photo of yourself, and put your face directly onto a character model, then drop yourself directly into your game via full cross-platform capability between PC, Xbox One, and PlayStation 4.

DOWNLOAD HUNDREDS OF PLAYERS – Any player created can be uploaded on to Big Ant Studio’s servers for full cross-platform downloads on PlayStation 4, Xbox One and PC. Grab hundreds of new players to test your mettle against!

CUSTOMISATION - Comprehensive Clothing, Stadium and Logo creators. Bring any element you want from the real world into the game for maximum customisation and authenticity.

LICENSED PLAYERS and STADIA – Twenty of the best male and female players on the circuit, including Rafael Nadal and Angelique Kerber, and licensed tennis stadia such as Rod Laver Arena.

ARTIFICIAL INTELLIGENCE - Based on ten years of ball tracking data taken from Australian Open championship matches, players behave as they would in real life.

MOTION CAPTURE - Professional players have been 3D scanned and motion captured in order to bring the most authentic tennis game to date.

HARD COURT, CLAY OR GRASS - Play on your surface of choice, each has a distinct play style and presents different challenges.

CAREER MODE - Start out as a star, or work your way from the bottom, climbing through the rankings, all the way to #1 in the world.

PLAY ONLINE - Challenge the world and become the world champion from the comfort of your living room. 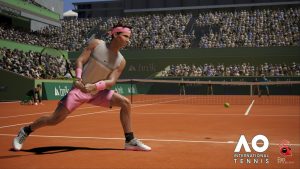 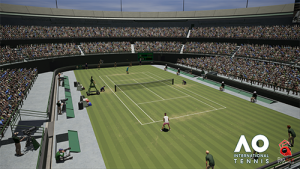 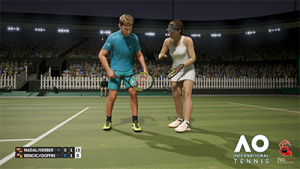 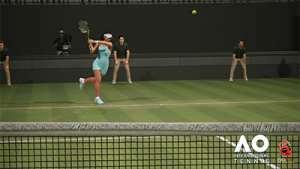 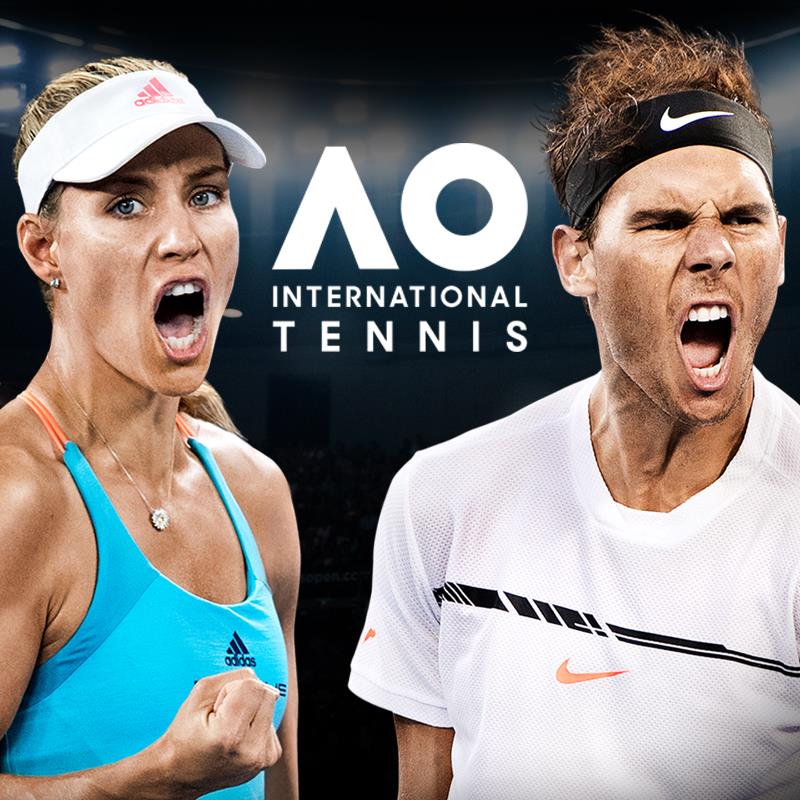 Featuring world #1, Rafael Nadal, AO International Tennis offers the most comprehensive feature set of any tennis game ever made, giving players unprecedented control over how they play their favourite sport.

@FlagmantlePod Can’t say anything explicitly… there will be a lot more modes and depth than you’ve seen in any AFL game to date.

@JaZZa_89 Can't say anything much ATM, except it's the best looking game we've ever made.