Big Ant Studios and Nacon are thrilled to announce that the long-awaited Cricket 22: The Official Game of The Ashes will arrive this November. A true next-generation effort that builds on the massive success of Cricket 19, Cricket 22 will deliver the most robust, substantial game of cricket that fans have ever seen.

Not only will Cricket 22 feature the perennial favourite Ashes competition, but the scope of licenses featured in the game has expanded massively. Cricket fans will be able to enjoy Australia’s Big Bash T20 competition, The Hundred, the hugely innovative new competition in England and Wales, the tropical party of the CPL in the Caribbean, and take to the international field of battle with fully-licensed teams from Australia, England, The West Indies, New Zealand and Ireland.

And, in keeping with Big Ant’s commitment to equality and equal representation, both the Men’s and Women’s games have been replicated across all of Cricket 22.

Building the next generation of cricket

Driven by fan feedback, Cricket 22 also features a bevy of new innovations, including:

“The number of cricket fans that have been asking us about our next-generation cricket plans has been overwhelming,” Big Ant CEO, Ross Symons, said. “We’re incredibly excited by what we’re able to bring to the table with Cricket 22. This is our fifth cricket simulation title, and it really represents the cumulation of everything that we’ve learned on this ten-year (and counting) journey. We have the most passionate fans, and we can’t wait to get this into their hands.”

Russell James, ECB Sales & Marketing Director said, “we are thrilled to be partnering with Big Ant again for the hugely exciting Cricket 22 game. Cricket is a game for everyone and whether taking on the challenge of playing an Ashes Test or facing the best men’s and women’s white ball cricketers in the world in The Hundred, Cricket 22 has everything cricket fans could want.”

“The Ashes is one of the greatest rivalries in world sport and we can’t wait to bring the game of cricket to new audiences via Cricket 22.”

Cricket 22 releases on 25 November 2021. Pre-orders on Steam, PlayStation and Xbox will have access to Cricket 22 THE NETS CHALLENGE from mid-October 2021, which gives fans early access to part of the Cricket 22 gameplay experience, including nets and training games, ensuring that by the day of release they’ll be ready to take on the best in the world.

In further great news, fans that buy the game on PlayStation 4 and Xbox One will be able to upgrade for free when they purchase the new generation of hardware.

Cricket 22 for Nintendo Switch will be available in January 2022.


Notice: Trying to get property 'post_type' of non-object in /home/bigantc/public_html/wp/wp-content/themes/gameszone-child/functions.php on line 64

Big Ant Studios, Australia’s leading sports game developer, has today announced Big Bash Boom, which has been developed in collaboration with Cricket Australia. Perfect for the whole family, Big Bash Boom mixes all the big hitting thrills of T20 cricket with instantly accessible arcade action. Anyone, anywhere, will be able to jump in and be hitting the ball like a pro with Big Bash Boom, which is fully licensed and includes all teams and players featured in this year’s KFC Big Bash League (BBL) and rebel Women’s Big Bash League (WBBL) – meaning fans can take control of their favourite players.

“Our previous cricket games, such as last year’s Ashes Cricket, have been known for being authentic, simulation style takes on the sport,” Big Ant Studios CEO, Ross Symons, said.

“We wanted to do something different with Big Bash Boom. Just as the BBL itself has grown to become Australia’s favourite family summer event, this is a game the whole family can jump into and have a great time with.”

T20 cricket is known for its relentless action, free-flowing sixes, and dramatic run chases. Big Bash Boom ramps up the excitement of the T20 format to 11, with flaming trails when players hit sixes, beachball-sized cricket ball powerups, and a dancing duck, to really rub those out-for-zero failures in and give you the ultimate last word when playing a friend.


All BBL and WBBL teams will be present and fully licensed in the game, with even the club mascots putting in an appearance! Players will also be able to earn additional hilarious items to bling out their teams and really show their competition who’s boss. Ever wanted to know what it’s like to play cricket with a potato as the ball? Big Bash Boom has you covered!

In addition to all these fun features, players can also earn powerups during play that all but guarantee a massive six out of the park. And don’t worry, Big Bash Boom hasn’t forgotten about the bowlers. T20 is a tough ask for bowlers at the best of times, but they get a fighting chance in Big Bash Boom with a powerup that shrinks the bat to the size of a stump. Good luck hitting that six needed to clinch victory.

“Big Ant Studios really understands cricket and what it is that excites so many people about our sport. With the Big Bash now Australia’s biggest cricketing competition, we wanted to work together to create an accessible game for fans of all ages that reflects what people love about the BBL,” said Cricket Australia’s Head of the Big Bash, Kim McConnie.

Big Bash Boom will be available on PlayStation 4, Xbox One, Nintendo Switch and PC via Steam, and will be released on November 29, just in time for the start of WBBL|04 and BBL|08, plus all the summer family get-togethers in the lead-up to Christmas. Pre-orders are live now, and fans can snag an exclusive Steelbook Edition by pre-ordering at EB Games. 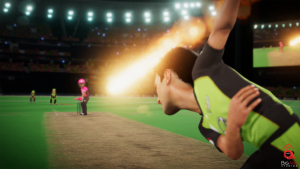 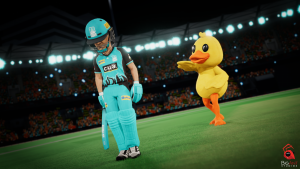 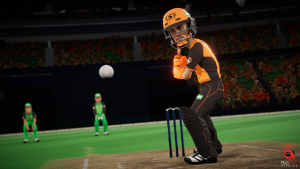 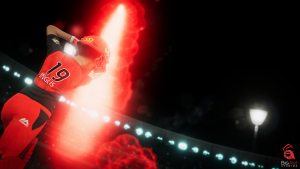 Notice: Trying to get property 'post_type' of non-object in /home/bigantc/public_html/wp/wp-content/themes/gameszone-child/functions.php on line 64